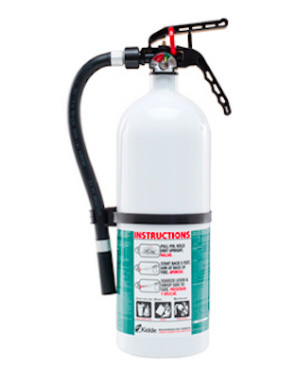 The thing about fire extinguishers is that when there’s a fire, you have a reasonable expectation that the device can put out said fire. But that apparently isn’t the case for nearly 5 million Kidde plastic disposable fire extinguishers being recalled.

The Associated Press reports that Kidde issued the recall after receiving 11 reports that the devices failed to discharge as expected.

According to the recall notice, a faulty valve component may cause the fire extinguishers to not fully discharge when the lever is repeatedly pressed and released during a fire emergency.

In all, 31 models of Kidde disposable fire extinguishers in red, silver and while with Zytel black plastic valves are covered in the recall. The models come with either ABC or BC rating, which is located to the right of the nameplate.

The models are as follows: